Cub Run Elementary School opened on September 2, 1986. 782 pupils were enrolled that year, under the leadership of our first principal Dr. Janet LeBel. Cub Run Elementary School was officially dedicated in the spring of 1987, and Mr. James Scaldaferri, a parent of a Cub Run student, donated and installed the corner stone in our main entryway to memorialize this special day in our history. 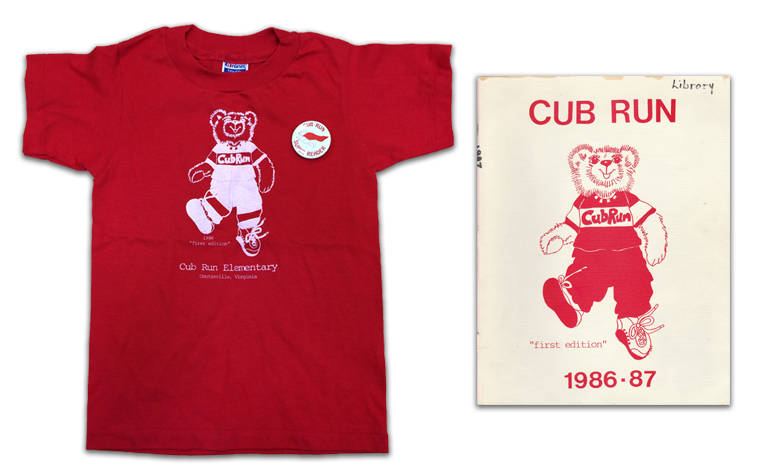 Did you know that Cub Run was one of the first schools in Fairfax County to have a computerized library system? This innovation eliminated the old paper library cards and the time-consuming process of hand-signing out and tracking library books.

How did Cub Run get its name?

Cub Run Elementary School was modeled off the designs used for Oak Hill Elementary School and Armstrong Elementary School. Planners designed the building with 32 classrooms and a centrally located library, specifically placing the library at the center of the building to philosophically emphasize it as the focal point of learning. During the planning and construction process, our school was referred to by two site names: Sully Station Elementary and Salisbury Elementary. A site name is the name school system officials use to identify a school during construction before the building is formally named by the School Board. The name Salisbury was chosen because it appears on grants of land in our area to the Lee family in the early 1700s. The construction contract for our school was awarded in October 1985 to the firm of L. F. Jennings in the amount of $4,904,400 with the provision that the building would be substantially complete by August 15, 1986. Our school was officially named Cub Run Elementary by the Fairfax County School Board at its meeting on June 12, 1986.

Cub Run Elementary School has been the recipient of two very special United States flags. The story of the first flag was recorded in the very first issue of The Cub Runner, a quarterly newspaper published by a staff of classroom reporters made up of fifth and sixth grade students. The Cub Runner reported that the flag was flown over the United States Capitol on September 2, 1986, the day Cub Run opened. Our first Assistant Principal, Lynne Pope, was instrumental in getting the flag. She said that in some countries only wealthy children are able to go to school, so she thought this flag would be an important symbol to Cub Run students to show how fortunate we are to have public education in our country. The flag was hung in our lobby on the last Friday in October 1986. The plaque that hangs underneath the flag was signed by the architect of the U.S. Capitol. The second U.S. flag was given to us by Chief Warrant Officer Michael Campbell, a soldier in the U.S. Army's 3rd Infantry Division, and an employee of the National Reconnaissance Office (NRO) who participated in the libration of Baghdad during the Iraq War. This flag was flown over the Baghdad International Airport to symbolize the libration of the people of Iraq. 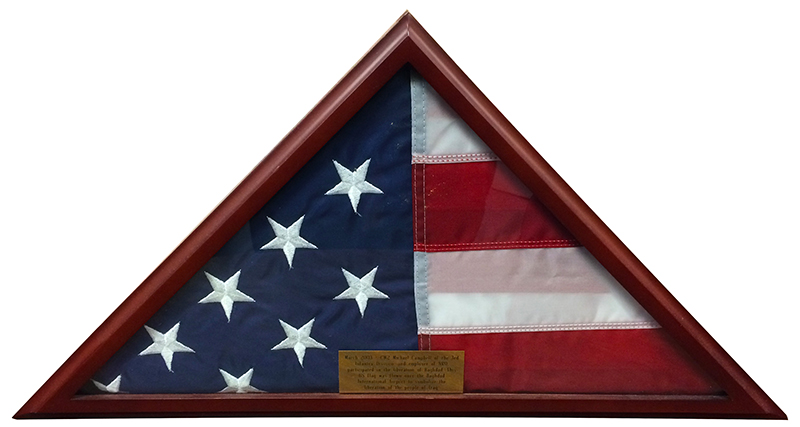 Cub Run Elementary School is not the first Fairfax County public school named Cub Run. From the founding of the public school system in 1870 until 1965, Fairfax County public schools were segregated by race. Around 1887, a one-room schoolhouse for African-American children was constructed southwest of Centreville along Lee Highway near Cub Run. This school, called the Cub Run Colored School in early records, replaced another one-room schoolhouse established shortly after the end of the American Civil War by the Freedmen's Bureau. Freedmen's Bureau records refer to this earliest school by the name Rock Hill. It was located at the end of Naylor Road south of Bull Run Elementary School. As the African-American population in the Centreville area grew in the 20th century, the one-room Cub Run School became overcrowded. It was replaced in 1931 by a two-room schoolhouse modeled after plans designed by the Rosenwald Foundation, and was expanded to three classrooms in the 1940s. The Cub Run Colored School closed in 1953 and the building was sold to the Robinson family in 1954. After the building was sold by the Robinsons a short time later, it was converted into a church. The building still stands today, and houses the Centreville Assembly of God church. 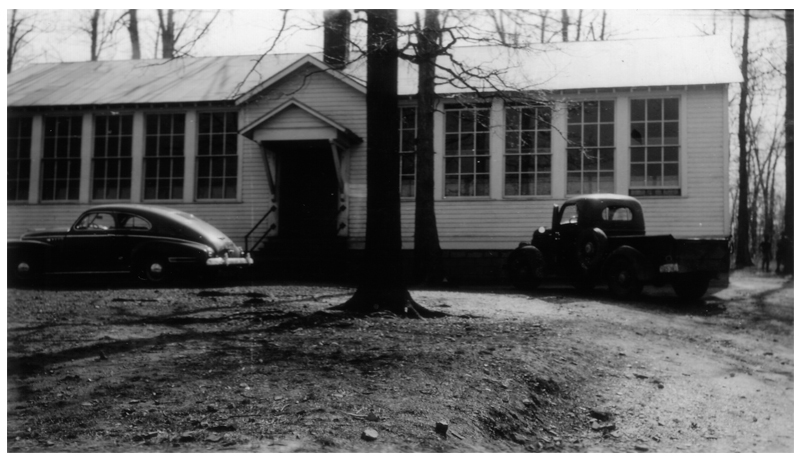 Photograph of the two-room Cub Run Colored School, circa 1942. Courtesy of the Fairfax County School Board.